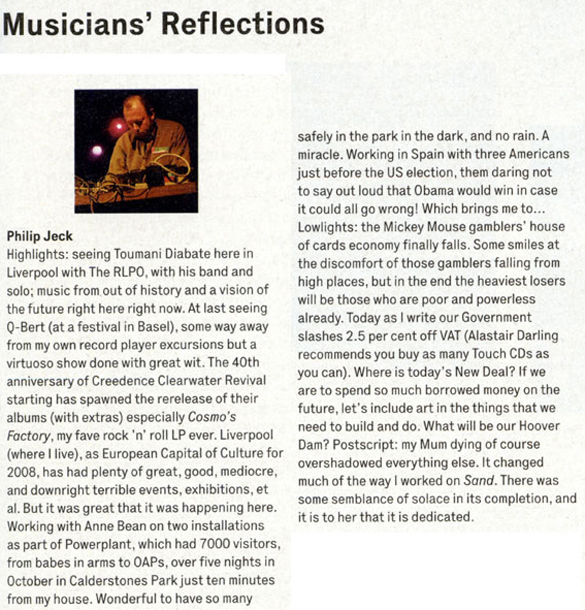 Music built from found sounds is fascinating because it violates a traditional tenet of creativity – namely, that the artifact must be a pure expression of the artist’s will and talent. But it can seem purely academic if the results aren’t engaging. The best process-based art moves us intellectually if we’re aware of the concept, but still moves us emotionally if we aren’t, and that’s what Philip Jeck achieves with Sand. He manipulates, layers, and loops the dead spaces of vinyl – run-out grooves and scratches – and breathes them full of life. That’s awesome, but you don’t need to know it in order to feel the surging power of the “Fanfares” trilogy (which emanates from scraps of Aaron Copland’s wartime anthem “Fanfare for the Common Man”), or to become entangled in the fine-woven web of “Shining”. You could write a dissertation on Jeck’s rehabilitation of lost and damaged bits of cultural information, or you could just get lost in his strange world – as flat and sprawling and complexly shifting as its title implies. [Brian Howe]

There is a feature on Philip Jeck in US magazine XLR8R, which can be read here

Feature in plan b

There is a feature on Philip Jeck in UK magazine plan b, which can be read here: 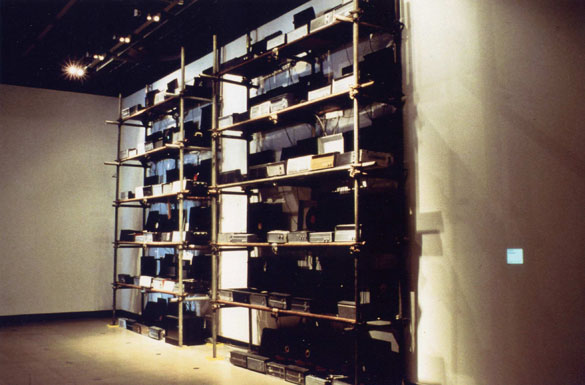 “Off the Record” – The Hayward Gallery, London 2000 [part of Sonic Boom, curated by David Toop] 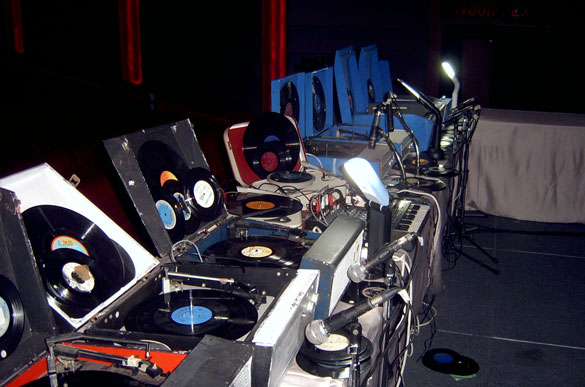 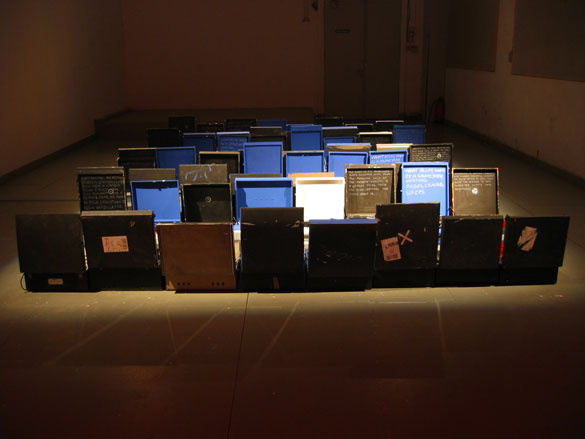 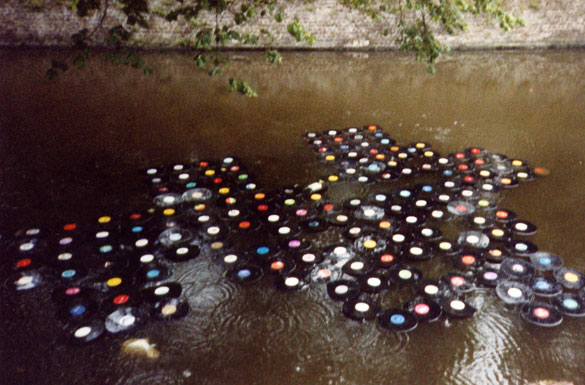 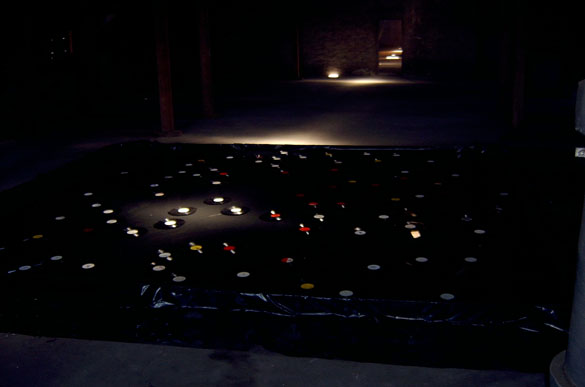 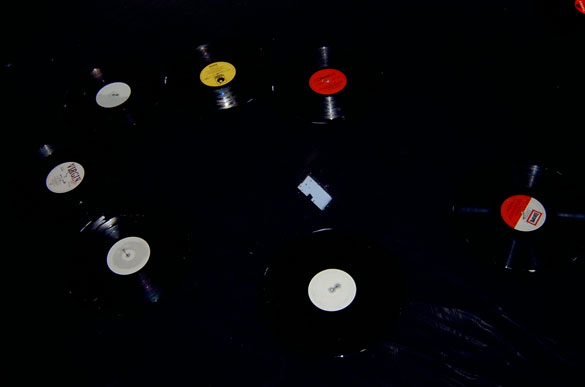