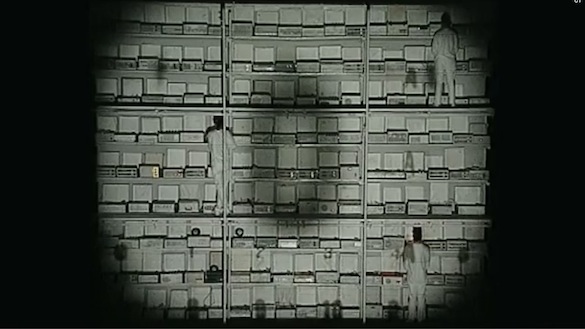 An edited version of the 1993 UK premier at the Union Chapel, London. Winner of a Time Out Performance Award, this was an 80 minute sound and vision experience event I co-created with sound artist / composer Philip Jeck. Devised as a celebratory marker in time to the demise of the main stream production and use of the vinyl ‘record’ as the ‘CD’ began to take over… ‘download’ was not yet in the public’s audio vocabulary.