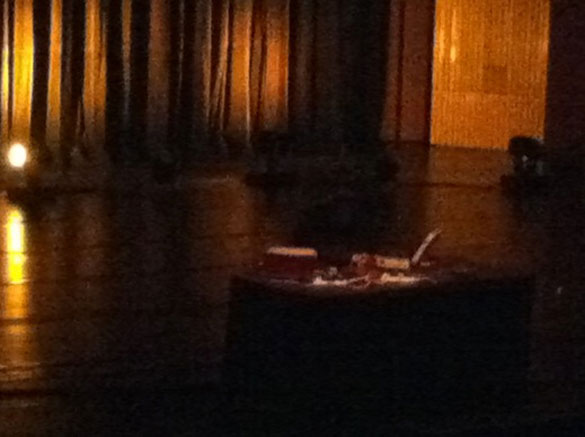 Pic: “The Ghost of Philip Jeck” by Mike Harding

Philip Jeck in performance was recorded on 6th September 2011 at The Brücknerhaus, Linz, Austria for Prix Ars Electronica, at which Philip Jeck was awarded a Distinction for his LP ‘Suite: Live in Liverpool’ [Touch # Tone 29, 2009]. The multi-channel recording (2 channels off the desk, two in the room) was mixed for TouchRadio by BJNilsen.