This September, Never Records will open at 11 Southwark St. near London Bridge tube station, as part of Illuminate Production’s Merge festival, sponsored by the Tate Modern, and Better Bankside. Philip Jeck will be performing from 8pm The Bear Pit at on 24th September.

In the daytime, Touch will be recording at Never Records at 2pm for two hours. Two vinyl cuts will be made of the recording, one for display and listening in the shop and one, the other copy goes to the archives…

Never Records is a multi‐media multi‐artist project by New York artist/musician Ted Riederer. Exploring the potential of a record store and record label to unite, educate, and uplift a community through recorded sound, Riederer’s project began in an abandoned Tower Records near Union Square in New York City. In January 2010, Riederer, in collaboration with curators No Longer Empty, created what the Wall Street Journal described as a “mock shop” that served as a “love letter to the dying concept of the record store.”

In September 2010, Riederer brought Never Records to the Liverpool Biennial, and expanded upon his original idea by purchasing a vinyl record lathe. He then cut recordings of live performances, including Philip Jeck & Hildur Gudnadottir, inside of record store/performance space, and filled his record store with this library of on site performances. 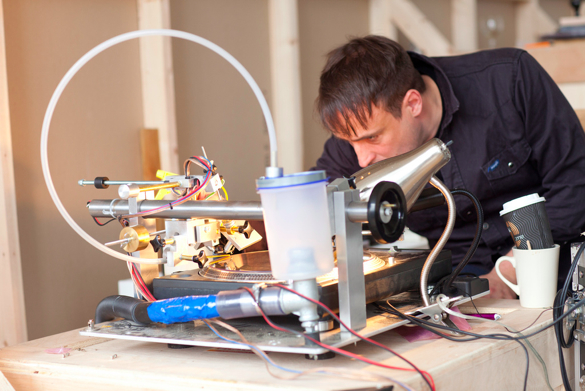 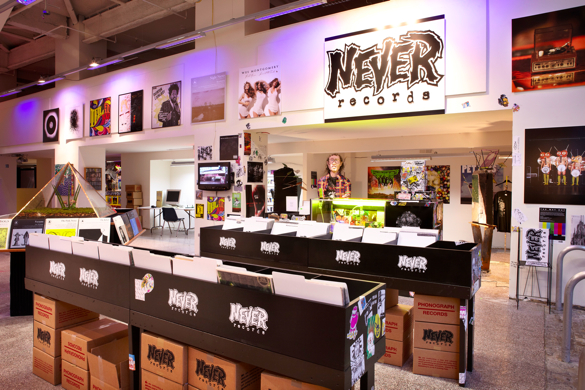